I apologise that it’s been a while since I’ve produced any content for this blog. We recently achieved SI Affiliate status and I wanted to get tons of content out, but being a student at university and juggling a job isn’t easy, and sometime it gets in the way of playing Football Manager (rubbish excuse, I know). Nevertheless, most of my deadlines are done in the next few weeks, and I should have much more time to play Football Manager again. 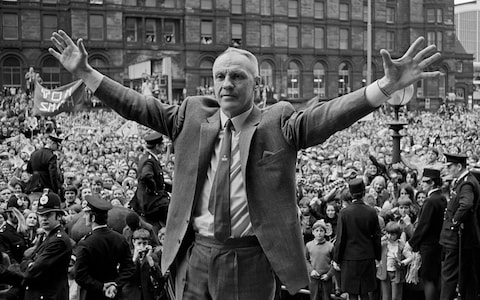 As you will know, the majority, if not all of my saves have a tactical plan behind them. With Eibar it was to test the 4-5-1-0, with Sturm it was initially 4-1-4-1, then 3-5-2, then 4-5-1. If there isn’t anything interesting to do tactically, a save usually dies for me. However, lately I haven’t been feeling quite the tactical inspiration that I usually have, and I think that’s because I hopped around so many different tactical ideas with Sturm, largely because of the freedom such a versatile squad gave me. Pretty much the only formation I couldn’t play was 4-2-3-1. That save effectively spoilt me in terms of tactics.

So, how to get around this, and get the tactical inspiration back? Well, I’m going to do it by restricting myself to one formation, and using it as a tactical challenge. I’ll explain more as this article goes on, and I’ll outline the save that will be coming soon to this blog.

ep rooted admiration for British football from the 1970’s and 1980’s. I always tell people that my earliest memories of football are watching Gazzetta Football Italia as a child, but they’re also of watching old British football on my Grandad’s VHS tapes. He’s very much a proponent of the ‘football was better in my day’ view, and at times, I can see where he’s coming from. On YouTube, I regularly watch two series called Match of the 70’s and Match of the 80’s. Last weekend, I taped the 1977 FA Cup Semi Final between Liverpool and Everton, and I was absolutely glued to the match, which ended 2-2 and went to a replay. It had rained, and the pitch was soaking wet, but the game was so attacking, with a load of passion from both sides, but there was also a lot more technical ability than most would have you believe. The players with technical skill, such as Liverpool’s Terry McDermott and Everton’s Duncan McKenzie (left) stood out on the pitch, and McKenzie in particular caused a very good Liverpool defence all manner of problems.

There isn’t much admiration for the period. It’s looked at by many as some sort of ‘dark age’ where most teams played like Graham Taylor’s Watford, or Wimbledon, and this simply isn’t true. Liverpool, Nottingham Forest, Tottenham, Ipswich, Clough’s Derby, and Manchester United all played extremely attractive football during this period, and Liverpool and Forest won the European Cup during the 70’s. Even Leeds, who are often thought of as just being thugs, played some beautiful football in the early 70’s. The idea of the ugly British 4-4-2 is somewhat of a myth. Sure, there were sides who played direct, but there’s always sides like that.

Speaking of the 4-4-2, that’s a bugbear of mine, and 4-4-2 will be the formation that I limit myself to in this save. It’s going to be combined with a modern, updated version of the British style of football. When I say the ‘British style’, I believe that Liverpool in the late 70’s are the absolute pinnacle of that, and that’s the style I’ll be looking to update. A focus on possession, with defenders capable of playing the ball out from the back, and effective wide players, with a creative striker and a midfield playmaker. I’ll go into tactics more in the next update, but that’s the theory in the briefest possible terms. The reason I’ll be using 4-4-2 is also because I’m increasingly irritated by the general consensus in the modern footballing media that if you play 4-4-2, you’ve automatically conceded defeat. Sure, 4-4-2 has some weaknesses, but so does every football formation, and it’s a perfectly viable formation to use, should you set up properly to combat it’s weaknesses. I also despise the notion that 4-4-2 is always defensive. Go and watch Arrigo Sacchi’s AC Milan side and tell me they played defensive football. It’s utter nonsense. My side will play 4-4-2, and it will be glorious, beautiful football.

I’ll also be applying some principles to squad management to go along with the tactical focus around the 4-4-2. The post is named Emulating Clough, Shankly and Paisley for a reason, and that’s because I’ll be applying the same principles that managers took as normality back then.

There will be a strong focus on the signing of Home Nations players, much like there was in the 70’s, before the influx of foreign players in the 90’s with the advent of the Premiership. I won’t be excluding the use of foreign players (Bobby Robson’s Ipswich side contained a core of great Dutch players surrounded by British talent), but they will be kept to a minimum.

I will also be determined to produce young players from within, and sign the best young Home Nations players. Much like Clough and the great Liverpool managers, I want to make sure that young players come through into the senior side. Like those managers too (and Don Revie), I will be very loyal to the players I sign and bring up through the ranks, perhaps in contrast to the Moneyball principle that is producing some fantastic content around the FM scene right now (@AFHStewart and @MrEds are two to check out), where players are effectively commodities that can be bought and sold in order to achieve a profit. This isn’t much of a stretch for me though, as I always tend to develop attachments towards players on FM.

In terms of which team I’ll be playing with, that’s still up in the air. It will be an English team though, the first time I’ve played in England for quite some time. However, it won’t be a Premiership team. Much like Clough with Derby and Forest, Revie with Leeds, and Shankly with Liverpool, I want to bring a club up from the lower leagues, and build them into a domestic powerhouse. I don’t think I’ll be going any lower than League One though, mainly to maintain my own interest in the save. I’ve got a good idea who it’s going to be, but I’ll reveal that in the next update, where I’ll go through the plans for the club, and reveal the initial 4-4-2 I’ll be using.

As always, thank you for reading, and it’s good to be back writing. I should get playing the save soon, so the next update will hopefully be up in the next couple of weeks. If you have any questions, please feel free to ask, either here or on Twitter (@JLAspey).