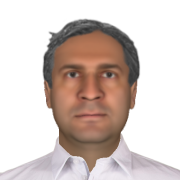 So, January is done and dusted and it’s time to update you once again on the Aston Villa save as we begin 2016 and the second half of the 2015/16 season. Last month, we continued to chop and change tactically, using a counter attacking diamond at the start of the month, before finally finding a 4-3-3 that seemed to work well and fit our – exceedingly average at best – players very well. This led us to end the month back in our favourite spot of 12th, after beating Sunderland and Watford, and drawing with Swansea, Watford and Southampton. An expected 1-0 defeat to Slaven Bilic’s West Ham was the only blip on what was otherwise a very positive month for the claret and blue.

Furthermore, I’d also had the pleasing – and relieving – news that a takeover bid had been made by ‘Steve Tomlinson’. Yes, the much awaited takeover was here. All the money that was about to roll into our club, allowing me to actually make proper signings, imagine that! Unfortunately, a transfer embargo had immediately been put in place, meaning that as January started, I was unable to sign players at all, even Bosmans. Oh, and our games in January? Man City, West Brom in the FA Cup, Arsenal and Chelsea. Oh dear. Colour me worried.

However, first of all I received some news. Bad news.

Yep, the takeover isn’t happening. As unhappy as I was with the timing of the takeover, it was badly needed because Randy Lerner has turned the taps off, and there’s nothing coming through. I was absolutely gutted when these messages came through. Still, it at least meant that the transfer embargo was lifted, and I could start and bring in players to help with the second half of the season, and the push for safety.

Except, I couldn’t. Having used up the budget to sign Diego Falcinelli as backup to Jordan Ayew (and occasional strike partner), Mr. Lerner simply wouldn’t let me have any more money. Nothing. There’s no room in the ridiculously low wage budget, and even when I pleaded with him to come up with the money for players, he refused every time. I tried to sell the deadwood again in order to raise some cash (mainly through wage adjustments), shopping Gestede, Agbonlahor and N’Zogbia – on a combined £140k per week – but every time I’d have a fee agreed, Agbonlahor and N’Zogbia would turn down the contract they were offered, so I’m stuck with them. Gestede had Sunderland interested, but they never even bid, despite me offering him out for peanuts. This meant there was no room in the wage budget to sign Bosmans – none of the promising ones wanted to come to Villa Park anyway – and all my attempts at signing players on loan – notably Jeffrey Gouweleeuw and Kyle Walker – were turned down because players simply think Villa are worthless right now. To be honest, they’re not that wrong.

Thanks for the help. Thanks a bunch. The story of our transfer window.

So, I have (almost) ended the January transfer window, and I haven’t been able to do a thing. My hands are tied, and although I can spot the players we need to improve the squad, I either can’t bring them in, or they simply don’t want to come. We’re both poor (there’s barely anything positive in the bank) and rubbish. For now, it is a very, very vicious circle. Anyway, moving back to the things that really matter for my Villa side, results.

It’s been a tough month to say the least. I stuck with the 4-3-3 that had worked so well last month as we welcomed City to Villa Park, and we absolutely dominated them, played some lovely football, and lost 1-0. We had 3 clear cut chances and 4 half chances, but we just couldn’t score for love nor money. Aguero scored in the 23rd minute, and as good as we were – it was one of our best games of the season – we just didn’t score that important goal, and came away with no points. That is the difference in quality between us and the teams further up the league. Still, this at least gave me confidence as it was a genuinely good performance.

Next up was West Brom in the West Midlands Derby in the 3rd Round of the FA Cup. Yet again we played very well, with our attacking players again having a good game. However, it was the defence which massively let us down, repeatedly being unable to cope with Salomon Rondon, and two goals gave them a victory that they really didn’t deserve, and we crashed out of the Cup immediately. Again, we were unable to make the most of our chances, and I was starting to notice that Jordan Ayew wasn’t scoring. He’s carried the load for us this entire season in terms of goals, and it was clearly starting to take its toll. Still, this leaves us out of both cup competitions, at least meaning we can solely focus on the Premier League. Silver linings and all that…

Then, table topping Arsenal at the Emirates. It never rains, but oh my god, does it pour. We certainly played well against Arsenal, actually taking the lead in the 6th minute before Arsenal’s quality shone through, but it was simply a case of the better team with much better players playing better football. We kept the game close all the way to the final kick – which was Sanchez making it 4-2 with a back post header – but in reality we were never anywhere near Arsenal’s quality. They’re competing with Spurs up at the top of the table, we’re competing with Watford et al. down at the bottom. It was a match that reflected how far we have to go. We weren’t bad at all, but Arsenal are just so much better. Ayew didn’t score either, but did provide the assist for our first goal. However, I still took him off after 66 minutes and a 6.6 rating.

Carles Gil finishes Jordan Ayew’s through ball to put us 1-0 up against Arsenal.

We ended the month going back home  to Villa Park to face Chelsea, who had just sacked Guus Hiddink, languishing down in the Europa League places. He’d been replaced by caretaker Steve Holland. This was probably the best time we could get Chelsea, and we battled to a 0-0 draw that at least stopped the losing run we’ve been on throughout the month. Ayew had another poor game and didn’t score, but the defence were fantastic, with the back 4 and Gueye at DM all getting above 7 for average rating. It’s a point, and after the month we’ve had, I’ll take it. However, I really need to have a word with Ayew.

So, we end January all the way down in 16th. We’ve been well and truly dragged into the mix as a result of our own incapability and inability to strengthen – thanks again Randy. We now sit only one point above the relegation zone on 27 points, with Southampton 18th on 26 points. However, as you can see from the teams above us, the gap to mid table is literally just a win away. As you’ve seen from the way we’ve plummeted to 16th from 12th in one month, all it takes is one good run and a few good results to send us moving back up the table. Plus, when you consider that this month has featured the majority of the horrible run that we started the season with – City, Chelsea and Arsenal – we’re almost over the worst and hopefully can begin to pick up points over the next few months and ensure safety. I know it looks bad right now, but I have faith that we can sort this out. February features Liverpool, Newcastle, Crystal Palace and Leicester, games that we’re going to stand a much better chance in.

So until the end of February – and hopefully a much better month – thank you very much for reading this latest Aston Villa update, and as always if you have any suggestions on tactics, signings or just general feedback, please do feel free to leave a comment on this blog, or contact me via Twitter (@JLAspey). Thank you again.